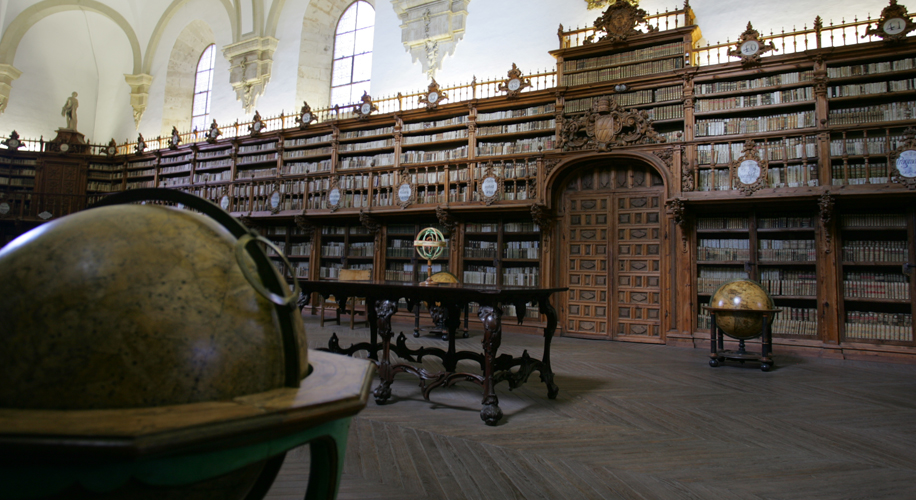 The University of Salamanca, which in 2018 will celebrate its 800th Anniversary, is the oldest University in Spain and also one of the first-born institutions of Higher Learning in Europe. In fact, the University is older than the country itself.  Its historic character led to its playing a stellar role during the Renaissance, remaining to this day an academic landmark not only in Spain but also throughout Europe. In its lecture halls the University led the development of the Spanish language (which it practically created) and of international law,  being a pioneer in the creation of the notion of human rights (debated at the university already in the sixteenth century)  and in the creation of the Court System that limited the power of Kings . Each year in the classrooms, libraries, and laboratories of the University students and professionals from more than sixty nationalities are brought together. Its sporting facilities are one of the best in Spain, including the best rugby field in the country. Tennis courts of easy access to students, faculty, and residents surround the university and the city.

This is a fundamentally University-focused city where close to forty thousand students live as part of a population which barely reaches one hundred and seventy thousand inhabitants.

The UNESCO World Heritage has declared the city and the University of Salamanca a Patrimony of Humanity. The city’s beauty, complemented by its size makes walking the most frequent way to get from one place to another. In comparison with other European and American cities, Salamanca offers comfortable accommodations for both students and faculty at very reasonable price. Rapid transportation connects the city with Madrid and the Barajas international airport, which only adds to the conveniences that this exceptional city offers. Food is mostly organic and very reasonably priced, both at the Student and Professors’ Residences as well as in the many restaurants, coffee shops, and pubs that make the city a very lively place. Nightly walks and dinning out are part of the deep rooted traditions of the city. Very importantly, Salamanca is very safe.